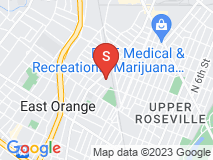 they ruined my silk rug and over charged me too

If you are reading this review you are likely thinking of using Rug Renovating. I read the reviews too, and the most were about their cutting off fringes - so I assumed their service would be fine as long as i told them not to cut the fringe off my rug, I was wrong. While they did not cut the fringe, the colors of my silk rug all ran when they cleaned the rug and it looks worse than it did before I sent it in. Furthermore, when Rug Renovating picked up the rug I was given a receipt saying it would be returned by a certain date, I called them 3 days after that date and waited a few hours for a return call. When the woman finally called me back, she asked another $60 to press the rug and make it flat, which I agreed to pay, even though I had told them I wanted the rug flattened when I sent it. So I feel they should have told me about this charge initially. Nevertheless, giving them the $60 was a total waste of money as the rug was returned not only looking worse but also sill with the curl. While Rug Renovating was the first rug cleaner to get back to me, I am very sorry I used them, I should have waited for the other rugs to call/ email me back.