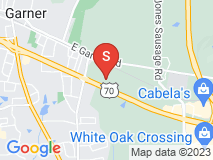 R & S Mechanical is a company who cares about their customers

I would recommend R & S Mechanical at any time for those who are looking for professionalism and ability to make a major job look like it's a minor one. I contacted R & S as one of 5 suppliers and service companies to install a new unit in my house. Even though price was a factor, but I was also looking to work with an organization that would be honest and caring. I did find such values with R & S. They were the only one out of the five who actually called to follow up on their offer and ensure that everything was well explained and clear. There was no fine prints and Mike the sales person who came to the house to evaluate the job, was one of the reasons that made me make my choice. Very honest, straight forward and cared to call. He was on top of the job until he knew it was done. The day they promised to come they were there, unfortunately I was not ready for them. The appointment was rescheduled immediately without any complaint. I felt embarassed but they took it very nice and with professionalism. They understood the reason and worked with me. They came the day after and it was a blessing to have the two technicians that came. Total confidence, pleasant to have them around and very effficient. The job took longer than expected and once again no complaints. Absolutely great guys and they made sure to keep the place clean after they left. I definitely made the right choice.