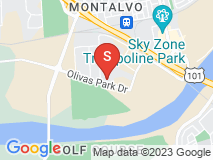 They took care of my problem!

About 15 years ago I had Arjay's Window Fashions install plantation shutters on my home. Then, about seven years ago I asked them to install two remote-controlled blackout roller shades in the master bedroom. Now, to this point, everything was great. Then, this last year the actual remote device began to act up. You are supposed to be able to push one button, and both shades will go up, or both shades will go down. Well, that did not always happen. Sometimes the bigger shade would stick halfway through the operation, while the smaller shade would act properly. The instructions on how to reprogram the remote were extremely convoluted. From my career, I was used to working at a fairly high level with computers and computer problems. But this remote and its instructions were just something else. Arjay's office is only a few miles from my house, so I stopped in there one day and met several of the men who worked on the original projects for me. One of them offered to come by my home and reprogram the device. He later did, and it took him less than five minutes to accomplish that. I was then sent a service call charge for that visit, but the amount was actually the set service call price for the larger, commercial customers of the company, who were often located some significant distance away. Of course, I complained, and after having coffee with one of the founders of the company, the matter was corrected. He was totally embarrassed about the mistake, and very apologetic. That bill was reduced to "zero." A few months later, the remote began to act up again and I was given an upgraded motor in the larger shade, at no charge. I think this was to make up for the mistake. It is good to know that the company does listen to its customers, and that the owners are dedicated to good customer service!