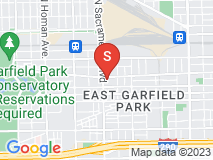 DON'T WASTE YOUR MONEY ON THIS PLACE FOR TRAINING!!!!

I sent my dog to the 10 day boot camp. In the 10 days he was there, I received just a handful of "report cards" on how he was progressing. Whenever I picked him up 9/10 his primary trainer was gone for the day so I never got a true update on how he was doing. It was just he was good! He did good today.

My dog has high anxiety when it comes to other dogs and people so hearing all he's good, he did good was reassuring. I was told to hold off on walking him at home until they had a breakthrough at the center.

On his last day I went to pick him up, I was instructed to come around 4:15, so that we could have 45 minutes to go over things and when I went to pick him up I found out his trainer was doing an evaluation, so she didn't come out until 4:45. In the half hour I was sitting there, 3-4 dogs were picked up by their owners and my dog went ballistic. (Which was the WHOLE REASON I sent him to training, to stop that behavior). I informed his trainer or his actions and she attempted to correct it then but by that time there was no other dogs being picked up and walking by dogs in a kennel didn't phase him.

When I got home we tried going for a walk and it was a DISASTER. My dog had not learned ANYTHING while there. All people and dogs were still an issue in his eyes.

I informed the trainer and she came out for a session at my house and then offered to come out again the following week. I reached out the day of and she told me she was Ill so I was okay pushing off the second visit. However I tried doing as she said and take him to the park and let him observe and take in his surroundings. WHAT A MISTAKE!
Spent over $1,000 for boot camp, not even factoring the gas and tolls to get there and my dog has and we have nothing to show for it. I thought this was going to be a reasonable place and my dog would have improved but once they got their money they didn't care that their "training" didn't work!