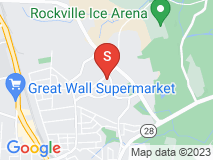 Ripped off and insulted

This company ripped us off and insulted us. We were charged $726 for 20 minutes of work to replace a part that costs $15 and use our hose water. The technician also insulted my mom when he asked me to explain the bill to her due to her accent, even though she had no problem understanding him. We were grossly taken advantage of and discriminated against.

We had a broken AC this past Saturday and called to inquire how much it would cost to have someone come out same day. We were told $165 to which we agreed. The receptionist also asked if someone would be there to pay, which was a bit surprising from the start.

The technician Gavin came pretty promptly, without the 45-1 hour notice like was promised. Fine, we were happy he was there so quick.

He looked at our AC and within a few minutes he said there was an issue outside and that he was going to test it. He took out the dual capacitor and put in a new one, which took a few minutes. Then he asked us to bring him our hose and proceeded to water the AC for 5-10 minutes to "cool the unit down." That's it, he said. It was fixed.

He diagnosed and fixed the problem at the same time without letting us know ahead of time how much his services would cost. Since this was a 20 minute procedure at most and a simple part that was replaced, we figured it would be a reasonable cost and didn't question these actions.

Then he went out to his truck and sat there for a good 15-20 minutes to write up the bill.

My mom, the owner of the house, and I were the only ones in the house. When he came with the bill, my mom was ready for him to explain it but he asked her where I am so that I "can explain the bill to her later." This was completely insulting to my mom, who has an accent but had no trouble understanding Gavin at any point. She has a PhD and has been working in the US for 20 years with no language issues.

Gavin proceed to go over the total $726 bill with us. $726 for 20 minutes of work to replace the dual capacitor, a part that costs $15 (look it up), and use our hose water. The replacement of the dual capacitor was listed as $392. He also included a charge of $169 that he listed as "repair mpt" which he explained was for using our hose water to cool down the unit -- this is no special equipment and our own water for which we are paying. The final charge was $165 for the afterhours/emergency, to which we agreed initially.

On Saturday after the issue I sent an email to the team, I got no response, which I thought was understandable since it was the weekend. However, when my dad, who is away out of the country, heard about this issue and wrote a review, they proceeded to call him right away on Saturday to give him a lesson in capitalism and the market and tell him that the technician did everything correctly.

Everything you see as wrong with the system of overcharging people and discrimination against women and immigrants seem to be the values of this company. I would steer clear if you do not want to be ripped off and insulted like we were.