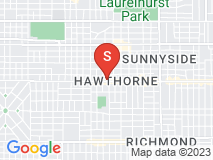 Not done to my satisfaction.

I had used COIT Cleaning and Restoration of Portland several years ago for some services that were done very well. When I called them recently, thinking I would get the same level of service, my initial phone contact gave me the feeling that there had been some change in the company since the last time I used them. I needed a granite shower cleaned because I was selling the house. The guy they sent, was very nice and presentable, but the bottom line is that he did not do the job to my satisfaction. He had asked me if I would allow him to bring 2 trainees into my home while he did the job. I told him it was okay. When he was finished I went into the shower and noticed that there was a film on the walls and floor of it. The guy had already left so I called the company and they sent the same guy back. He was able to removed the film. After asking him to try a little harder, he was able to get it somewhat cleaner. I just feel that this guy didn't have the proper training to clean a granite shower and I am not a satisfied customer.