Here at AAMCO of MISSION BAY we stake our reputation on our award-winning customer service. As your local AAMCO dealer we want to make sure you're satisfied. 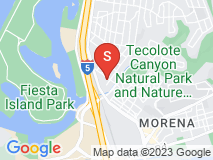 Easy to communicate with. Flexible drop-off and pick-up times.

My car broke down on i-5. It was still running; I just couldn't go above 40 mph. AAMCO Mission Bay offered me a tow truck, but I politely declined. I was able to take my car to them the following week. Everyone was very easy to communicate with. They explained pricing to me and what needed to be fixed.

I would definitely advise others to not be afraid to sound like you don't know what you're talking about when describing the issue. I personally don't know much about cars, so I just described the sound my car was making, and that saved them a great deal of time in determining what it was they needed to repair. They fixed everything within two days. They were also super flexible on what time I could pick up my car. Overall, they provided great service.