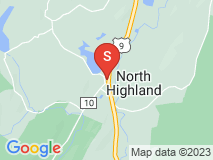 They started out as a five-star company but then fell to a zero.

I've had multiple dealings with Comfortmaster Heating & Cooling Services and they're mostly a good company but one bad experience soured my opinion of them. When my relationship started with Comfortmaster, I would have given them a five-star rating. They did some fine work for me. Then I signed up for their maintenance contract for about thirty dollars a month, which was also fine. During this time, my water heater started leaking and I called. It took them two days to send a young man out to take a look. I requested that he drain the tank but all he did was turn off the water. By then, enough water had leaked out that I had to call a special cleaning company and pay them fifteen hundred dollars to clean up the flooding. After they left, I noticed that the water tank was still leaking, so I called Comfortmaster back. After waiting another two days, the remainder of the fifty-five gallons finished leaking out and I had to call the cleaning company again to clean up the additional flooding and pay another significant sum of money. I talked to Anthony at Comfortmaster and asked him specifically if he had told the young tech to drain the water from the tank. Anthony realized that he had not specified a full draining of the tank. So I withheld the remaining payments due on the maintenance contract and ended my relationship with Comfortmaster Heating & Cooling Services. It's too bad because they are a good company in many ways.