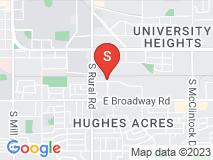 My neighbor noticed that I had water coming off my roof and it wasn't from the drain pipe from my A/C. It was coming from the unit itself. I really had no idea what was going on and feared the worst. I immediately called Bumble Bee based upon their positive reviews and they had someone out the next morning before the crack of dawn. The tech looked at it and said, " no big deal... Just some debris and insulation is causing some blockage". I really appreciated his honesty as he could have told me anything and I would have believed him because I know nothing about A/C units.

He meticulously cleaned out the debris and fixed the loose insulation and I was only charged a service call.

I am a customer for life and will recommend this local company to my neighbors.