Business Description:
Beautiful Blooms Landscaping in Jacksonville, FL offers a wide range of landscaping services, and customizes each project based on the desires of our clients.
5 150 reviews 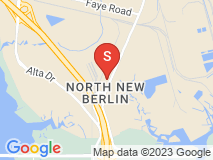 Beautiful Work! Well Worth The Money

I used Beautiful Blooms Landscaping for two different things. I first used them to have a big landscaping job done, and afterward utilized their maintenance services. I would rate their true build-out five stars, while I would give their maintenance work four stars. They did such a wonderful job on the big project! I gave the designer an idea of what I wanted, and he took that to the next level. Once I saw what he drew up I had to have it! Their crew was superb, and they were absolutely professional and friendly. It was such a big project that it took almost a month to build and plant everything. Not only that, their work was warrantied, which is why I retained them for their maintenance services. The huge trees they planted, along with the normal stuff, like shrubs, had a three-year warranty, while the plants were set with a one-year warranty. They basically took care of everything, and whatever didn't survive some of the more harsh weather we got in the area, they stepped in and made it right. In terms of the maintenance services they provided, I only rated them four stars because of the lack of consistency that some of their workers had when it came to mowing and maintaining the beds. There were certain workers I knew would do a fine job, and others I didn't expect would. Even with this, anytime I commented on the maintenance situation, they would come right out, take a look at my landscaping, and deal with any issues. Their follow-up was always on point. I'm not using them anymore, as I've since moved, but I have nothing but good things to say about Beautiful Blooms!

Thank you, Renee, for sharing your experience with other potential customers! We appreciate the feedback and are happy to have helped!