At SML, we take the most stressful part of your move - loading and unloading your rental truck or storage unit - and make it simpler than you could ever believe! 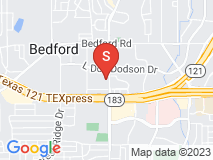 I Won't Recommend Them.

SML - Simple Moving Labor was on time to do my move. They were so slow. One guy was on his phone the entire time, really the whole time. We kept trying to encourage them but they drug their feet. This was upsetting since we were paying by the hour. We were paying one guy to stay on his phone; I guess his conversation was more important than his job. I must say that they were careful with our things; nothing was damaged in the move. I won't ever use them again, and I certainly won't be recommending them.