Owner Mika Aldan has assembled talented massage, shiatsu, foot reflexology, and bodywork therapists and brought them together in a relaxing and beautiful space. 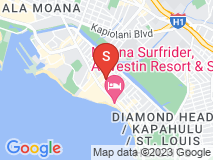 How I ended up getting a massage from Holistic Garden was this: I was traveling and staying on the Big Island, and my traveling companion and I got massages at the spa in the hotel where we were staying. We were somewhat disappointed in the quality of the massages we got at the hotel spa; it was barely better than a basic backrub. Not too long after, my traveling companion was feeling unwell due to the fumes from the volcano, so when we went to Honolulu, we decided to see where we could get a better massage, to hopefully make up for the mediocre experience we'd had. I think we found Holistic Garden online, and it was close to our hotel in Honolulu. Well, not only was it timely, and a very good and satisfying massage, but the price was a fraction of the cost of the ones we had gotten at the hotel spa! It certainly made up for the poor experience we had had earlier, and made for a nice treat while traveling. My traveling companion felt it was one of the very best she had ever received.