Hello, my name is James Adams, owner of A-Pro Home Inspection Tomball. I am actively licensed with the Texas Real Estate Commission. 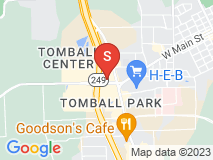 Well-done inspection, easy to work with

This was our first time using A-Pro Home Inspection Services. He came recommended, as did several others, and when I spoke to him he explained the process very well, but there were a few things he explained that set him apart from some of the others. On top of that, the pricing was competitive, so he ended up scheduling the inspection right there on the spot. He told me when he could be there, and he gave me a time when he could go through everything with us. When we showed up at that time, he was pretty much done and was able to give us detailed explanation of his findings. Then, he provided a very detail report within 24 hours, and it was even a Saturday when he provided it. He also facilitated getting a termite inspection. He made the calls and had the termite inspection set up at the same time as he was there. Overall, he made the whole process very simple for us. I would definitely recommend A-Pro Home Inspection Services!