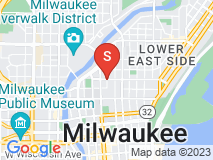 I recently opened a restaurant and very happy I used Chris and his crew at Advance Electrical. I bid the job out with 5 different electricians. Chris was the most professional out of all of them and asked the most questions during the walk through which made me feel like he understood our needs as a restaurant. He also brought up a lot of good questions for our architect to hash out prior to finalizing plans. His prices were also on the lower end of the bids I got. It was about a 4 month buildout and throughout the process Chris was very responsive to scheduling and flexible when my other contractors were running behind (and he would need to delay his crew). He is a no nonsense kind of guy and gets straight to the point but he gives you multiple options as things pop up throughout construction. Many electricians nickel and dime you on parts but he is very fair with parts and labor and allowed me to purchase parts when I wanted on my own and they would just charge for install. We had a minor issue with one of our circuits after opening and he backed up his work 100%, he had it fixed immediately at no charge. The rest has been working great since we opened 3 months ago. I would recommend Advance Electrical for sure and will be using them for my future commercial projects.