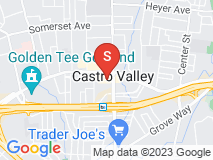 Incredibly efficient! Strong communicators! They get what you need done!

I used Streamline Plumbing for one project, but they came out two different times. They were incredibly efficient for the size of the job. They communicated well and explained everything that was going on. They charged exactly what they said they would charge. However, as a first time homeowner, something as big as a sewer pipe replacement is daunting. I appreciated their transparency and felt that they were working with me and that they were on my side. The only negative was that my certificate for the sewer lateral had expired, so they gave me two options. One was to do an entire replacement of the pipe. The other was to test it first. They recommended the testing. What they didn't know was that the local regulations required replacement regardless of whether it passed the test. There was a little bit of drama back and forth with the inspector on that issue. Streamline Plumbing thought the pipe should have been approved because they'd done it that way before, but the inspector said no. It caused some stress with me until the job was over. In the end, I was very satisfied with the work done by Streamline Plumbing. As I said, they were efficient, good at communicating, and got the job done. I recommend them.