Our mission is to help you fully express you God given potential by providing specific scientific Chiropractic adjustments. Below are reviews for Dr Sandy Bhasin: 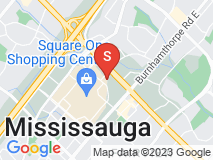 One of the best doctors in Ontario.

Being an incredible chiropractor is an understatement when it comes to Dr. Sandy, because he embodies so much of what it means to be a true healer. While Canadian practitioners are only required to study one or two techniques, Dr. Sandy has studied around 14 different techniques, proving his passion and commitment to treating patients,.

I've suffered over a decade of chronic pain and bodily dysfunction. While claiming it had something to do with my right knee, I was constantly told I was incorrect, and was slammed with so many negative and inconclusive tests just because the point HAD to be proven that I can't possibly be right about something wrong with my body.

Dr. Sandy listened to me from day one. He accepts that some cases are worse than others, and he believes you when you say something is wrong. After a full year of treatment roughly three days a week, it became very apparent that all of my chronic pain can be traced back to my right knee, as well as various points in that leg and hip, which make sense after over a decade of compensation.

Dr. Sandy's very first run of tests had conclusive evidence. Three simultaneous tests, corroborating the same conclusion. Simply put, if he CAN help you, you'll know it before you pay a dime.

When I arrived I could barely walk, had problems with my jaw, neck, shoulders, upper back, thoracic spine, lumbar and sacrum. Just to start. Now, after just over a year of regular treatments, my upper body's pain is almost gone, my jaw is stable, neck has much more mobility, shoulders don't feel strained, posture has improved significantly, so has sleep and digestion.

I'm finally addressing the very painful reality of my right knee, but I couldn't be happier about knowing it's being treated. I'm committed to this treatment, and look forward to the next wave of results over the next year.