We believe that in most cases, we will be the best attorneys you can retain for your case. Family law has been the exclusive focus of Shaw Law Firm since 1995. 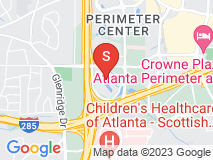 Very Professional. Definitely Recommend. I have my son because of him.

My ex tried to take my son from me, and tried to get as much money as she could from me. She threw every complaint she could think of at the wall and hoped something would stick. It was scary and frustrating. Mr. Shaw, instead of getting mired down in the confusion, immediately picked up on the issues at our first meeting, developed a strategy, and meticulously broke their case apart issue by issue, fact by fact. He kept me in the loop, took no $@!#% from the other side, and was great. At trial so many of her issues were dismissed that her attorney had nothing left to argue. Thank you.