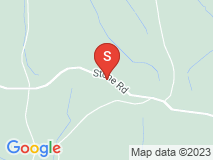 Not satisfied at all!

Merrell Building Enterprises built a sunroom for me ten or twelve years ago. After a few years, the sunroom roof began to leak. So, I called them to come back out and fix it. And, they did. A few years later, it began to leak again, so I called them back out. They "fixed" it again, this time to the tune of $1,500. Move on to last year, and once again it is leaking, so I called them out again. They showed up, and after looking at the problem, the gentleman tells me that the roof needs "drip edges." A drip edge is a layer of material that keeps water from getting up under the shingles. So, I pull out the original contract, and "Lo and behold!" - the contract said that drip edges were to be installed! There was long, long pause in the room, and then the story changed. He was no longer sure that the problem was the drip edges after all. No, now I needed to have an overhang added. But, since this was in November, they could not weave the new shingles in, or guarantee the work. You see, shingles are pliable in the summer, and in warm weather, but shingles are brittle in winter and in cold weather. Well, that would be like taking a flat tire off the car, but not fixing the flat. To make it worse, I had originally asked them to come out last summer, in July, and if they had come out then, the weather would have permitted the new shingles to be woven into the existing ones. Further, as I said before, if they did perform the overhang work, they would not guarantee the work and not stand behind it. I questioned why the work was not done right the first time. I was already paying $50,000 for the addition, and if it took an additional $1,000 to $1,500 to do the job right, that would have been peanuts in comparison to the total job. I am not a contractor, but they are. If the sunroom roof needed an overhang, then they should have built one. At that point I was also told that the original work was only guaranteed for 24 months, so - I once again showed him the contract and asked him to find where it said the work was only guaranteed for 24 months. No such provision existed. And, since the contract was prepared by Merrell Building Enterprises, the terms of the contract will be construed against them should this go to court. Which, is where this is all going to head if I do not get a satisfactory repair on the roof. I do not think that a jury of twelve is going to look favorably on them, particularly with the way the story evolved. Overall, the guys at Merrell have always done good work. They are nice people. I have even recommended them to several friends and family members. I think this particular job is a fluke for them. I work in the business world, and there is not a company or person out there that hasn't messed up a job, myself included. And this America, where people get second chances. If Merrell Building Enterprises makes this right, then I would certainly revise my review, and frankly, I hope they decide to do the right thing. They should have put the overhang in when they built the room, and done it right the first time. If they put the overhang in, then I am willing to give them another chance.