Since 1911, our company has been committed to providing exceptional real estate services to the greater Gainesville area. 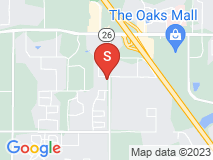 In September of 2016 we began working with Patti and signed a contract to purchased a lot for building a home. We expected to move in to our new home sometime in 2017. However, the builder ran into some issues with permitting and we did not have a house until October 2019. For approximately three years Patti stayed in touch and supported us through three years of frustrations. She was the voice of calm. There was never a time that I reached out to her and not get a quick response. She had wonderful ideas to share also, as we were building a home that needed to meet Americans With Disabilities (ADA) standards. I could not have faulted her had she decided to drop us after the process took so long. She was a trooper and always professional, yet warm, friendly and engaging. I can't say enough about how easy she was to work with and just how helpful she was to our family. After spending three years together, she became more than our realtor, she became our friend and we remain in touch. I highly recommend her services to anyone that is looking for a kind, knowledgeable, honest and caring realtor.