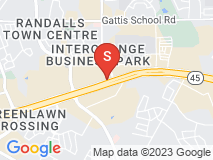 The guys were great, and I would use them again, but they should do the whole job the first time.

We had to have the AC drain pan replaced and Christianson Air Conditioning sent out an estimator. He gave us the estimate for the repair and I also told him I wanted the unit serviced at the same time. However, the crew that came out only replaced the drain pan. They were not the guys who do the servicing. So, it took another technician to come out to service the unit for a separate charge.

I would definitely use them again. The guys are great and they were really nice, but I thought everything would be done in one shot and it was not.