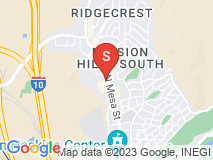 Vent for AC Not Working

2008 Volkswagen- When the AC was turned on the Vent on the right hand of driver was not working. When called about the problem was told it could not have been technician as he had nothing to do with vents. Took car to AC Repair. Was told that when the middle section of the dash board was taken out, the vent hose had been moved and been left in a position that would not allow the vent to open to allow the air to pass. He placed it it in its proper place and the vent works now. It is really sad when a business will not even take a look at what might be wrong. You can rest assured that your business is not one that I will recommend. I am considering calling the BBB to let them know of your poor practices.