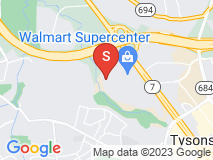 I was totally satisfied and give them five stars!

Homefix Custom Remodeling Vienna recently did some work for me for the first time. I highly recommend them and definitely would use them again. I had the company put on a brand new front door. The pricing had me shocked since I had not bought a door in thirty years. Then I made some comparisons with other companies and Homefix Custom Remodeling Vienna offered fair pricing. From the day the salesperson came in to sell me the door to the time that the technicians left I give them five stars! On the first day, the salesman had called me to see if they had arrived on time. They were a little bit late but that was okay with me. The technicians were good, very quick, clean, and tidy. They were good at inspecting the job and left no imperfections. The supervisor stayed to watch what was going on. Then there was the construction guy and another man who collected the check. I guess they were somewhat supervised. I was totally satisfied.