Best 5 Star Rated Roofers in Northern Virginia. Customer satisfaction is our #1 priority! Call today to see why all our 3000 + reviews are ALL 5 star rated! 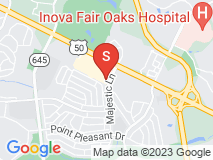 Ken and his team have done exceptional good job replacing the roof of my rental property in Manassas, while my hometown is in western Mass – 450 miles away. That was why when I started my searching for roofing companies, my first concern is how to find an honest businessman who I may trust to complete the job with high quality, up front pricing, and on schedule even without my onsite supervision. Otherwise, it would cost $300 for an extra traveling to Manassas from my home.
Starting July 7th till August 11th, I had received five quotes from different companies. Once receiving the 4th one from Ken on 7/21/2017 with his draft contract, I had decided to ignore the previous 3 companies, because Ken’s contract has earned my trust instantly for four reasons: A) his A+ rating by BBB; B )detailed quality assurance; C) Time completion 1 day; and D) his distinctive, transparent, and competitive pricing. So that I decided that if I chose Ken to do my job, I simply sign his draft contract without any barganing as his quoted pricing was the lowest among the 4 quotes I had got so far.
Maybe I was too greedy or worried too much, I got the 5th quote as a Proposal with whole price lower than Ken’s the worst case scenario (I.e. if all plywood boards need to be replaced), but its quality of materials was not disclosed, warranty policies was not satified, and most confusing to me was the job scope described in the email looked differently from its attached Proposal. After several emails clarification, I could not feel the trust anymore.
I felt embarrass for my delay 3 weeks before submitting my signed contract to Ken. As scheduled, Ken and his team arrived on the morning of 8/31/2017, which happened to be 1 day after my old tenant moving out with all the utility services cancelled. Without any notice Ken had to dispatched an electric generator upon his arrival. While waiting, the team foreman asked my neighbor to borrow her electricity for a couple hours, my neighbor felt happy but refused to tell how much $$ she’d expect for. Ken asked the lady “give me an offer so I may counter you”. My neighbor joked with smiling $100. Deal as Ken confirmed immediately. Which made me so appreciate, as it should have been my responsibility for the power supply, that was why when the job was done in the late afternoon, I did not ask Ken how many new plywood sheets actually used, which we had initially mutually agreed should be between 28 – 30 , so the final billing would be no more than $140 additional.
I got my final bill weeks ago, Ken surprised me again - $140 was deducted from what I had agreed to pay, which was just one more reason for me to say Thank you once again to Ken and his great team.