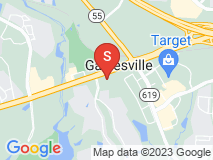 Being with the government and military my family has gone through so many moves I have lost count. Our move with Craig Van Lines (Gainesville) was definitely the worst. I forewarn anyone who uses this company to beware of any estimate they receive. The company incorrectly added the estimate amount by almost $500 and then charged us the full amount even though the error was on their end. After threatening letters and a lengthy discussion, we agreed to pay for services rendered even though we would have gone with another company if they did their math correctly. Their Chief Financial Officer Leslie Craig from accounting was atrocious and would not return our calls. Someone else from their office had to painfully go over the entire contract with us and it soon became apparent their math skills were lacking. Beware if you use this company since they did not explain their non-binding estimates and they GROSSLY miscalculate their figures which can (and probably will) be far more expensive.