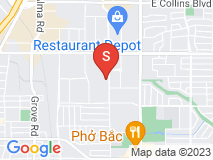 I found Honest Install on the Internet when I was searching for home theater installation services in my area. I liked their website and, when I contacted them, they were honest and responsive.

I also contacted a couple of other companies but, by the time one guy called me back, I had already scheduled an appointment with Honest Install.

As far as the North Texas area goes, they are the most professional, courteous, top-notch home theater company I have ever dealt with.

I have used them about 4 times now and the service has been excellent. If I email them in the early morning, I get a response back by mid-morning.

I contacted them again when I had trouble syncing the projector with a connection in the attic. They did not charge me to come out and fix it even though I told them that I thought it was my fault.

I also had them swap out a receiver that I had purchased through someone else (not Honest Install) when it was not working properly. They replaced it with the one I had been using previously.

I would absolutely recommend Honest Install, and I will continue to use them every time I need something done.