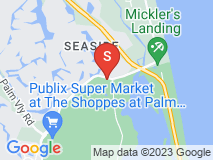 Used them twice. First time perfect.Second time not so good.

My move only involved moving all my furniture and belongings out to pods. I was the firsy move of thevdayvfor the team. The men were courteous and worked hard and efficiently. When it was time to unload the pods I asked for the same team. I had a 2:00 appointment. They did not arrive until 7:30 and of course the men were exhausted from an already long day. I don't blame these guys. It was the fault of the owner who allowed such over scheduling. I was not compensated in any way for the fact they were 5 and half hours late which meant they were at my house till 10:30. They were rushing everything in because they were exhausted too. If you want to use this company make sure you get the first appointment of the day because from my experience you can't trust the owner on the scheduling and doesn't compensate you when he makes a mistake. Poor management and poor customer service.