We are your neighborhood car guys. We are highly trained car geeks providing high quality repairs and service. From minor to major maintenance, we do it all. 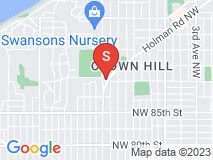 I was having a difficult time determining why the clutch in my ‘86 Alfa Spider was not working. I have Ben at Ralli-Tound a call and based on the symptoms my Alfa had he quickly answered that the clutch master cylinder needed to be replaced and quoted my the cost and said it would take him a few hours or so. The price and time very reasonable I thought considering I spent 2 days trying to figure it myself. I left the Alfa with Ben and planned on picking it up the next day. Two hours after I left him the Alfa he called and said it was not only the clutch m/c but also the clevus pin was worn. Ben said he had replaced both, so the car was ready to be picked up. When I picked up the offer the price I was quoted was the price I paid if not a few dollars less. Highly recommend! Not only for Alfa Romeo ‘s, which he’s overly knowledgeable about, but any car - he is a Certified Master Mechanic.