We are proud to share our new location. Enjoy our spacious waiting/watching areas, We offer classes in Ballet Tap Jazz, Hip Hop, Acrobatics, Lyrical and Mommy & me 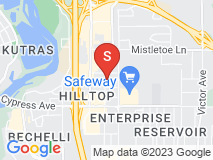 Good dance experience, but the production could be improved

My experience with Dance Depot has been really good overall. My two daughters have been going there for about a year now, and they really like their teachers. It seems like they work with us really well, and the girls have learned a lot about dance, exercise, and working together with a team. Their dancing instructors have good dancing skills and a lot of talent, and they produce good, talented dancers. The instructors have great attitudes, and they are very kind. We have really enjoyed the dance part of it, and it has been a pretty positive experience.

While this has been a great learning experience for dance, I do think there are some things that could be improved with the production. While the overall quality of the production was good, I do think it was a bit inappropriate for children. Approximately five to seven of the dances had movements and was overall choreographed like something you might expect to see at a Las Vegas Broadway Show or a strip club. The songs were some really good songs, and they had a mix across the board, but many of the dance moves were very risque. It seemed like more of something you would expect to see at an adult dance club rather than a children's dance production. My husband and I kept feeling like we needed to look away at times. It was great to see them using their bodies and their moves in some of the dances, but in others, it just seemed like they were very exposed, and it felt kind of yucky.