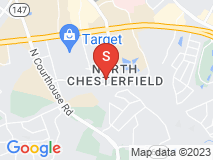 Mike Zuehlke from Burgess inspections was absolutely awesome. He allowed me to go around with him so he could explain why things were wrong and how they should be repaired or replaced. Even though my house was a new construction, Mike found several things that needed attention. Had he not found those things I would have had problems down the road. Mike was passionate, professional and a great guy to talk too. Also his report was very detailed as to the problem and how it should be. He also added spot on pictures to back up his statemenrs. I would highly reccommend Burgess inspections to inspect your house!