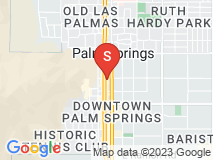 I would not recommend them. It took them much longer and the rug wasn't clean.

I would not recommend Prestige Rugs. I turned in a rug to them last year and they said that they would take 10 days to do the work and it wasn't until 4 weeks later that I got the rug back from them and it wasn't even clean. I was very disappointed so I called them and told them about it and that's when they took it back, cleaned it and gave it back until it was finally acceptable. But even then, sometimes I was waiting for hours before he showed up and sometimes he didn't show up at all.