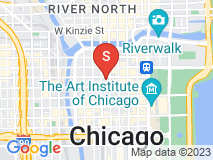 After having a horrible experience with another law firm, I hired Zalutsky and Pinski, Ltd to refile my Chapter 13.

Amazingly, the two law firms are like night and day.

From day one I felt very comfortable working with Attorney Thomas Twomey (Tom). He's very down to earth, gives really great advice, and believe it or not, he's very personable (and likeable). Lol. He doesn't give you that "hurry up and let's get through this feeling" (although I'm sure he's wanted to - and rightfully so - a couple of times). Lol.

You never have to hunt them down to talk to them. If Tom isn't immediately available, he will get back to you later that day.

Another thing I appreciate is, since they always send automated email reminders, you never have to worry about missing an appointment.

Now, you might be saying this is what they're supposed to do anyway; and yes, you're right. They're all "supposed" to do this - but they don't. A lot of bankruptcy attorneys do nothing like this; which is the reason I had to find a new backruptcy attorney. In my opinion, I found the best - Zalutsky and Pinski.

Oddly enough, everyone I've encountered who works there is really pleasant and easygoing. I say "oddly" because typically in an office environment, you'll run into at least one person who might appear to be a little distant. So far, I haven't experienced a negative vibe from anyone who works at Zalutsky and Pinski. Quite the opposite.

So if anyone reading this is hesitant, scared or worried about finding a good bankruptcy attorney - based on my experience - I HIGHLY recommend them.

I've already told several of my friends to call Tom at Zalutsky and Pinski should they ever need to file bankruptcy.

My only regret is not knowing about Zalutsky and Pinski the first time around.