If you need a contractor for any service AmeriChoice is an excellent choice. Roofing, Painting, roof & gutter cleaning maintenance, Remodeling, Repairs, Additions. 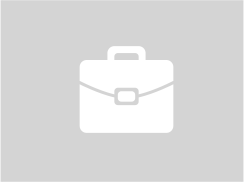 Chad educates the homeowner so that we are on the same page.

Americhoice Contractors has done a lot of work for me. They came over to paint my house, and found out that the person who had installed my windows previously had done it wrong. The windows leaked. Chad found a contractor to fix it.

All 23 of my windows had to be taken out and redone. Chad just charged the labor cost and did not charge for anything else. So of course the painting job cost more money than originally thought, but no where near as much as it could have.

I have now used Americhoice Contractors for about a year and a half. After the window incident, and seeing how Chad took charge of the situation, it is going to be hard for me to have a different contractor in here.

I have had so many contractors that do jobs incorrectly and waste money. Chad does it right, and he talks to the homeowner and educates them so that everyone is on the same page. When he comes across a problem, like the windows leaking, he actually shows me what the issue is.

Chad is a trustworthy guy. Not just on the work he has done, but if I have any questions or thought about things in the house, or remodeling, I can discuss it with him. He will give me a better idea of what is going on. It has become more of a relationship than just a contractor.