We have been designing, customizing and optimizing profitable, beautiful, and easy-to-use eCommerce websites since 2001. 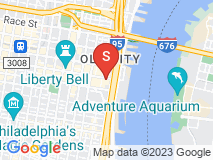 Issues with Add to Cart App

Normally, I have a pretty good experience. I hired them several times over the years. After investing in their Add to Cart app. I noticed a year and a half later, there were issues with it. At first, it appeared ok, some customer would add items to their order.
But then over time, I started getting more hints that customers were confused about it, thinking there was some error or not sure it their item was added. So then I check their shopping habits and found some people bounced out. So apparently more people were confused at it than I though. Therefore, I lost sales on it. Here is the problems I let them know about.
1. Their words - Item added to cart, what's next? - is so long, it runs into the X button on mobile. Looks unprofessional and sloppy. Not to mention this design is becoming outdated.
2. 3 button choices at the top make it confusing.
3. When items are out of stock & not visible. It still shows on this app as a blank image. Which looks like a technical glitch.
So to get them to fix it, they quoted me a estimate. I put exactly what I needed to cut down on time. Then they didn't do the way I put it & charged me extra to fix that as well.
In retrospect, I should have paid them to uninstall this app & go with another one. The old intuitsolutions would have guaranteed their work. The person I chatted with was not the usual understanding rep I was used to working with. Bill to fix their app - $625