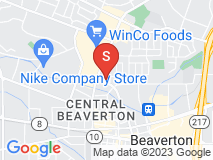 It's hard to know where to begin on this terrible experience. We went to the Hall store about 6 weeks ago and spoke with a salesperson, explaining that we were buying a new house and remodeling. We were ready to buy all new high-end kitchen appliances, a bed and a TV. We were told to look around and email all of the products we want at least 2 weeks before delivery and he would give us a bid. The bid was MSRP and manufacturer rebates, and we were guaranteed that it would arrive on 10/4, 2 1/2 weeks out. 3 days before delivery we were told that the cooktop wouldn't arrive until 10/13, pushing our entire remodel back 2 weeks because it halted the countertops. On 10/5 after verifying that it would still be 10/13, we spent 5 hours calling around for any other cooktop in the area, finally finding a floor model at the clearance center in the Hollywood store. When I called to ask about it, I was told that our ordered range was sitting in the warehouse and could be delivered the next day, which worked since they had also delivered the wrong bed frame.
On 10/13, our contractor found that we did have room for a larger range and hood. When I called to ask about exchanging our brand new products for the larger versions, I expected that they would happily take the return in order for us to pay them more money for the bigger versions. Instead I was told that our salesperson would have to get back to us. After no response to the first 3 calls, I was told that it was a special order and they would accept the return with s 50% restocking fee, $1500!! When I said that was ridiculous and we would spend our time selling the appliances and buying the new ones elsewhere, his response was "okay."
We have another bed, a TV and an outdoor kitchen to buy in the next few months. I only hope they realize how much that $1500 and terrible customer service cost, because we will never return and strongly recommend no one else does either.

I’m sorry you were disappointed with our service. I understand you’ve already spoken with Customer Relations. We appreciate your feedback, and are disappointed that we didn’t meet your expectations, as providing excellent customer service is our main goal. Please contact me should you have further suggestions for improvement.