Family owned and operated since 1976, Terry's Automotive has been providing quality service ever since. We have four specialty shops and a team of over twenty specia 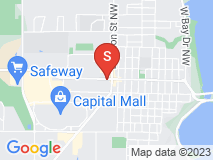 I don't know where to start, so I'll walk through the entire process and let you decide:

I brought my Truck to Terry's Automotive in Olympia for 2 problems: 1. The master cylinder in my truck had failed, and 2. I had a check engine light on for an air pressure issue in my fuel tank.

They replaced the master and slave cylinder and as of now 13 months have gone by and it works perfectly. This was an expensive and difficult job, and so far the work is holding up, but that is all the good I can say.

As for the check engine light fuel air pressure problem, they didn't seem to know what the issue was. They basically said they tinkered around with a lot of things and the check engine light went away. They did not replace anything. A few months later the check engine light came back on and I had it checked and it was the same exact problem. It went back off after a few days but then again came back on until I eventually had another mechanic fix it (which they had no problem identifying within minutes that a control valve had failed). Whatever tinkering Terry's Automotive did, it wasn't a real fix.

I dropped my truck off at Terry's Automotive after hours and when they called me to give me the diagnosis and quote they wanted to do all kinds of extras including replacing windshield wipers, fluid, and changing my brakes (which were almost brand new). I honestly don't even think they checked my brakes but they just wanted to sell me some extras. I declined these extras, however they did replace my brakes and charged me for them anyway.

The first time I went to pick up my truck I got about a block down the road and thought I was going to stall because I couldn't shift (I drive a stick shift) because the bolts that hold the shifter to the floor had apparently been removed during repairs and never got replaced. I returned within minutes and someone ran out and said "Oh, I knew I forgot to do something!" and immediately fixed it.

The second time I left I got onto I5 and thought I was going to crash because when I would get up over 50MPH the entire truck would violently shake as if I was driving over a bunch of large rocks. I returned again and they weren't sure what it was, but said it was going to have to wait until tomorrow. It turned out that the brakes I told them not to install had been installed incorrectly and were vibrating and rubbing. It took two days to fix. However, since they had already screwed up twice they decided to lend me a vehicle to use in the mean time. They gave me an early 90s Dodge Caravan that had an ABS warning light on and clearly had braking problems, I doubt it was very safe to drive but I suppose it was safer than my truck was after they fixed it the first two times.

The third time I picked up my truck there was a clunking sound whenever I would shift which in the 110,000 previous miles I had never had issues with. I didn't even bother returning because I was on my way out of town on vacation for over a week. Throughout the vacation (road trip) the clunking was noticeable but I was afraid to take it back at this point. I ended up checking into it myself and found that they had not bolted the transmission back in place! So it was able to slide and bounce around on top of the frame and transmission mount causing the clunking sounds.

My trip to Terry's Automotive ended up costing me about $3,000+ and if everything they touched worked it probably would have been worth it. Unfortunately in my experience almost everything that could go wrong did, and the fact that their own shop vehicle clearly has unsolved braking problems is a big red flag. I could never recommend Terry's Automotive to anyone. The whole experience was like a bad sitcom and over a year later it still makes me cringe.