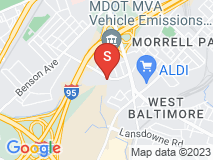 Homefix Custom Remodeling installed a new roof. During the installation, some of my landscaping was damaged. I was promised a gift card in compensation, and I still haven't gotten it. I also was told my payments wouldn't start until October and then my bill says the payment is due September 7th. Just to get the sale, they'll tell you whatever, I think. The roof does look beautiful, though. That part of the promise they did keep. They said we would be a showcase home, and they haven't done anything with that either. They haven't done anything they said they would do except the roof. I just feel the salesman was really disingenuous. I would not do business with Homefix Custom Remodeling again.