Hometown Roofing has been a trusted name for over 50 years. Contact us for all your roofing, gutter, and siding needs. 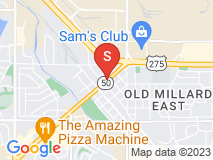 They were very easy with which to work; a very effective crew. We had a skylight leak during an intense rainfall event, but the company returned to seal it. Nails penetrated some of the overhangs which were not as thick as the company had estimated. But, the company did return and cut the protruding nails. Their clean up was OK, though as with many roofers, scores of nails and tarp paper pieces escaped their cleanup efforts. We'd work with them again.