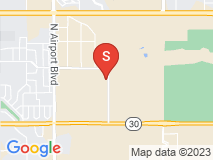 We noticed our disposal leaking on Sunday evening. We called Quality First on Monday morning. To our surprise they were available to look at the situation Monday afternoon.

When they arrived Ray took about 2 minutes to diagnose the problem (the disposal had a 4 inch crack). Ray produced an estimate to replace the disposal and we agreed.

An hour later Ray was walking out the door, new disposal in place. They had the new disposal on the truck, so it was fast a repair.

I will use the company again in the future for plumping and heating needs.

A couple issues. We called and left a message early Monday, but didn’t get a call back. We called again later and made connection. When we got the estimate to replace the disposal, we had a bit of a “sticker shock”. Neither of these issues impacted the final job. After recovering from the sticker shock, I realized, the job was done the same day, the job was done in about an hour and the job was done correctly with no problems and I didn’t have to get off the couch.

Well worth the second call and sticker shock.