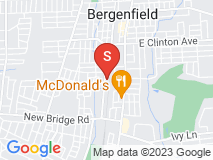 I don't give positive reviews lightly. That is why I have waited an entire year before writing one about Bonded. Since we moved into our new house, totally unaware of a crawl-space water problem, and only learned about it later - it seemed prudent to wait to make sure things were solved.
They have been solved. Bonded initially put only part of a French drain in because I was absolutely convinced that that was all I needed. They had strongly advised against it but I wouldn't listen. Not two months later, I was calling them up to finish the job they had proposed in the first place. In fact, they had done the first job in such a way that they could easily add what they knew would be required. I have not had any water problems since.
The salesperson, foreman and all the workers were incredibly courteous and trustworthy. I am pleased with the whole thing