Business Description:
Since 1888, Hollander has successfully served our moving and storage customers by staying true to our commitment.
5 30 reviews 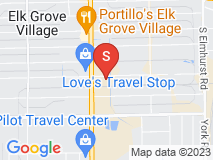 He promised things that weren’t delivered. Promise free month of storage verbally and in writing. The company won’t honor it. Now they say you have to store for 3 months to get the free storage
Promised 9 men and one day. I told him I have never been packed out in one day so ask for an extra day just in case. 5 men showed up and it took 2 full days
Told there would be packers. Nope just movers who told us all the things we should have packed. We ended up packing most of our houses ourselves and we are in our late 60’s. Stayed the first night until 9 to do the kitchen had to go back at 6 to finish. We had to use our own supplies and were charged for this luxury of packing ourselves and using the boxes and paper we had to pay for from Home Depot
The ONLY saving grace in this nightmare of a move was Tony and his team. Even though they aren’t packers they are fabulous movers. They knew their business and worked none stop. They didn’t mess around or sit around doing nothing. They were Trojans!
If you are dumb enough to pick this company. Remember nothing they promised will happen. Expect to pack yourselfs out and be charged for it. You will have to pay for your own supplies. Most importantly ask for Tony don’t take anyone else