We are a top rated auto repair shop located in the Chantilly area, come check us out, you will not be disappointed. 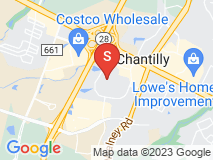 I am very happy with Precision Import Service and would be very comfortable recommending them. I took my wife's Toyota Avalon to them for a repair after having it serviced at a local gas station for 10 years. The repair was about $500 for boots on the front end, so I took it there for them to look at and do. Their original estimate was a little higher than the gas station's. When I told that to the person I believe was the owner, he said he would match the gas station's price--and he did.

He did the service all on time and followed up when the car was ready. Obviously, he is very honest because he did tell me that it looked like the car was maintained very well, and that the gas station appeared to be doing a good job maintaining the vehicle. What he said is the sign of an honest person. My Audi A6 comes off a maintenance agreement shortly, and there's a good chance I'll start taking it to Precision for service because they have an Audi specialist.

Thanks David for the great review, it means a lot to hear this from our customers, glad we could help out.