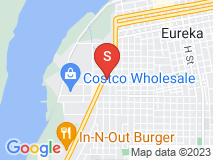 This is my first time using Humboldt Moving & Storage Co., Inc. You hear horror stories about moving companies where the truck gets hi-jacked or your belongings are held ransom. This experience was the total opposite of that!

When Craig and Robert showed up to pick up stuff at the house they had everything loaded and ready to go in less than one hour. We then went to my storage and they had everything loaded there in less than 2.5 - 3.0 hours. They ran the whole time. There were two other helpers that helped them load the truck at both locations. While they were loading Craig told me they had another job that was canceled and they were trying to find a replacement for that job. I fully expected my things to not be delivered until the end of the month as they quoted but they delivered all of my belongings within a week which was two weeks early! When the truck arrived there were two people unloading and again they ran to get it from the truck to the garage which is where I wanted it. They stacked it as I asked them to do.

These movers showed great diligence, respect, and were very courteous. They made a difference in our lives for sure! I tipped them accordingly because of this! I would and do give them the highest rating possible for this move! I am absolutely impressed with the hard work these individuals did for me!