Your Water Matters services and maintains whole home water filtration systems for continued clean water for you and your family. 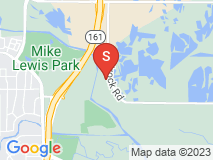 These people lied their way into my home.

I received a text from whom I believed was the company who installed my water filter. I believed this because they stated that It was who they were. They wrote we needed a complementary required software update. I wasn’t available for the visit, but they proceeded to try and sell redundant maintenance plans to my wife. She was smart enough to reject them but they were adamant she had to sign for the pay as you go plan. I texted them that I would report them to the police and BBB if they came back. This review is to let people know of the con job they tried to pull.