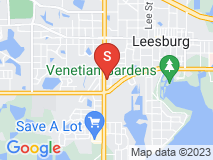 I dropped my car off with Lake-Sumter Transmission, they kept it 7 business day, charged me over $500, and returned my car to me with the same problem I had dropped it off for, basically I dropped by car off with them I guess so I could pay them to drive it around for a week. I dropped my car off with them on a Friday afternoon, and not hearing from them all day Monday I called them on Tuesday to find out if they had diagnosed by problem. They decided is was a speed sensor which they had already ordered and were gonna put on my car that day. (not that anyone had called the customer to make them aware or give a quote too). After discussion is was deciding that this would might not fix the entire problem I was having with my description so they were gonna drive my car around to see if they could get it to do it for them. I had to call them again Thurs to see if any updates or progress. From the sound of it they have done nothing with my car cause they tell me the whole sensor story again and act like they are just now ordering it. Finally after they have had my car for 7 full business days they say it is finished and I can have it back, I picked up my car ( and have to immediately fill the gas tank since they test drove all the gas out of it) and drove from Leesburg back to Orlando and the entire trip my speedometer read 0 and odometer didn't add a single mile to the count - which is worse that when I dropped it off due to only sporadic issues. They lacked customer service and didn't even fix the issue, I would not recommend anyone to take a vehicle here.