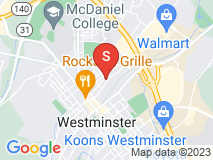 From Start to Finish, Top Notch

I live on Maryland's Lower Eastern Shore. My home's roof had experienced some wind damage. My wife is acquainted with Adam Whitaker through her work. I scheduled an appointment with Adam to give me an estimate on repairs and a price to completely replace the roof. The information for a complete roof replacement would be for a later date, I simply wanted an idea of how much it would end up costing. Adam, who is trained and experienced in insurance worked, suggested that the damage might be something covered under my homeowners insurance. I reached out to my insurer and opened a claim. Adam communicated with and personally met with the insurance adjuster at my home to inspect and discuss the damage. My insurance did cover a complete roof replacement minus my deductible. On the day of the roof tear off and install (4/14/2020), a crew of nine was at my house at 7:10 a.m. ready to go. At 5:00 p.m. my home had a beautiful new roof. Being retired, I spent a good portion of the day outside watching the crew work. There wasn't a slacker in the bunch. Except for the 20-minutes they took for a lunch break, all nine guys were full throttle throughout the entire day. When they were done and before the crew left, I did a walk around the entire perimeter of the house with a foreman from Arocon to ensure the property was clean to my satisfaction. I couldn't even tell that just hours earlier the yard was covered in old three tab shingles and tar paper. It was like I never had work done that day. The only thing that was visible to show that a full day's work had been done was the beautiful new roof with architectural shingles which added value and curb appeal to my home. So impressive was the crew, that towards the end my wife arrived home from work and commented about the size of the crew. I acknowledged the nine man crew. She told me there were 13 men on the crew. Sure enough, during a time when I was in the house, a four man crew had finished a job 25-miles away and instead of heading home, they came to my job and chipped in to help the nine man crew finish sooner. Now that's some impressive teamwork. Before the crew had even finished packing all their materials and tools, I had three different employees from Arocon called me to inquire if I was satisfied with how everything was going with the install. Would I recommend Arocon? In a heartbeat. From my initial visit with Adam to my fist bump (Covid-19) with Levi, Arocon's foreman, when he and the crew were leaving, this was a positive and most impressive experience. And as a grizzly old retired cop, I'm not easily impressed.