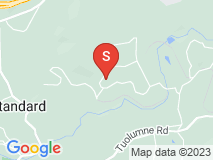 The guy from Optimized Plumbing & Piping was very polite and very professional. I had an incident and had called earlier in the morning, and he responded to a call. I had a leak at the cabin I was at that I stay at part-time. The leak was nothing major, but I didn't have a lot of time to deal with it. He came and took care of the leak and I had another problem I wanted him to take a look at and he took care of that, too. He was able to take care of both things in under an hour.