Since 1975, we have served our community in Philadelphia with the best-quality auto body repair with state-of-the-art equipment and craftsmanship. Please review us! 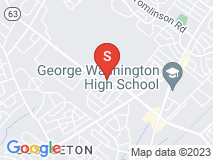 I see other people leaving great reviews, but as for me I would leave negative stars if it was allowed. I had a horrible experience here. I didn't choose this place by choice, it was chosen for me by the people taking care of my claim. I'm writing this review as I'm sitting here at this collision center.

My car had to be redone 3 different times. The first time they did a horrible job as the car was in worse condition than before I left it there. The second time around they tried to rectify the situation and did an ok job, but still left some of their mistakes they caused on the car. Mind you to this point I never had any interactions with the people at this collision center. For the third and final time, I was told to bring the car to them myself to correct their mistakes.

Boy was I in for a shock. I was treated with the worst customer service you can possibly imagine. The technicians that worked there were nice and professional, but the person I spoke to that was handling everything was a different story.

The guy I spoke to was named Jim. I'm not sure how this person is working in a field where customer service is key. First off, he never greeted me when I stepped into the office. Secondly he had a snide and sarcastic attitude towards me the whole time I was as there. I have never even met or spoken to the guy. I only know this because as I was pointing out the mistakes the shops left on my car, he say "are you serious?" and acted like he didn't want to correct his mistakes. I asked him was his having a bad day because I wanted to know what his deal was. He replies yeah I am because I'm tired of seeing this car here. Well EXCUSE ME SIR! You act like I wanted to come up here when it's an inconvenience for me. If you did the job professionally and correctly the first time we wouldn't have this situation. After a bunch of going back and forth, the car went into the back of the shop. Now the technician who is working on it asked me to come back and point out the mistakes and approve it along the way as he fixes it. I was already back there for a good 30 minutes or so and Jim comes back and says to me I can't be back here because of insurance or something. Mind you the tech isn't doing anything crazy or dangerous to fix the mistakes. I understand it's probably true, but I felt like Jim just did it to spite me because he wanted to be rude towards me.

Just as I was finishing up this review, my car was finished. Upon examining it, they took care of most the mistakes, but added some more new ones of their own. They burned through a small portion of my paint on my driver side rocker. Instead of notifying me of this, I found out myself as I noticed the blob of touch up paint trying to hide it. At least have the courtesy to make it look nice, since nothing was supposed to be painted. I could've done a better job with the paint. Then a few more new scratches on the passenger side rocker. If I was back there like how I originally was, these new problems wouldn't have happened. At this point in time I'm just done with this place and situation.

Overall, I wouldn't recommend anyone bringing their vehicles to get serviced here. Very rude and shady business practices. I wouldn't have wasted my time in writing this long review if it wasn't true.