Established in 1994 in Olympia, Washington, we are a plumbing service and repair company dedicated to professionalism and quality in the plumbing trade. 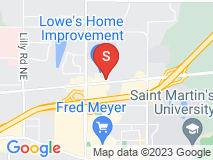 Responded Quickly To My Situation & Completed Job Efficiently And Quickly

I have used Brooks Plumbing Co. in the past to fix things for me, so naturally they were the first company I called when I had issues with my kitchen sink. It's a two-sink setup, and one side was leaking while the other side was stopped up. They responded quickly to my message, and the worker arrived as planned. He even checked in with me ahead of time to let me know he was on his way. He was thorough in explaining everything they saw, and discussed all potential options and possible consequences. In the end he fixed the problem quickly in a way that worked well for me, and was fairly priced. He was friendly, lighthearted, and professional, and I would absolutely use them again.