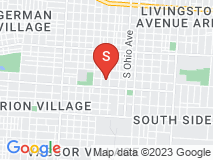 I would not use again nor recommend

Tech showed up on time and a automated system let me know he was coming. Once he got there he said I needed a new carriage trolley thing and he had used his last one and didn't have one. I said I would would like it fixed today. It's a pretty common part so I was surprised he didn't have one. He went to get one and was gone about 2 hours. He came back put it on and same problem. He said he mis diagnosed the issue, it was coupler that was the problem and he didn't think he had one of those either. At this point I was starting to wonder if this was really a garage door company. He found coipler in his tool belt, probably used from his last job but anyway he put it in. I told him I didn't want to pay $75 for the first part I didn't need. He said he thought I should keep it but if I wanted him to remove he would. I opted for him to put the old one back on because there was nothing wrong with it. After the tech left I noticed the door was about 2 inches from the ground. I called the main number and ask if they could send someone else to correct the issue. They said he was tech for Cols the other one was to far away. Right after I got off the phone with the office Andrew the tech called me back. He was very unprofessional and rude. He told me he didn't have anything to do with the door not closing and if he came back he would charge me. We argued on the phone for probably 10 minutes at least. The next morning he came out and found he had put the bracket on upside down and that is why the door wasn't closing. He never apologized for the way he spoke to me or me having to wait for them again the next day or any of the issues. The person at the office knew I had a probably with the service and never offered to send another tech or follow up with me after the second day. Very unprofessional company don't waste your money here.

Vicky, we would like to apologize for any frustration that you had with our service, as customer care is our number one concern. We tried our hardest to ensure your satisfaction, as we do with all our customers. When our technician arrived at your home, he noticed that your trolly was beginning to strip out. Because he felt that was the problem, he did not move on to look at the coupler yet. He had just installed his last trolly at a work order previously during the day so he did not have one on his truck. When he realized this, he left right away to get a trolly and brought it right back to install at your home because making you a satisfied customer and getting the work done the same day was very important to him. He also let you know that you needed bottom seal on the bottom of your door to fill in the gap that you were worried about. We have documentation from your initial call into our company requesting service that you stated there was a gap at the bottom of your door and you inquired about pricing on bottom seal. You told the technician at this point that you did not want to pay for it and wanted the work done as cheaply as possible and declined that service. This was not was not a problem that was caused by the technician’s workmanship; in fact it was a problem that was there before he came out. After installing the new trolly, he saw that the coupler was actually the main problem because it was still not working properly. He had a coupler with him, and yes, he keeps them in his tool bag. To assume that it was a used part is inaccurate. He put your original trolly back in for you, did not charge for it, and also gave you an additional discount. We have been in business for over 30 years and take pride in our workmanship and our reputation. Our technician that came to your home that day has been with us for many years and is very knowledgeable. The technician sincerely apologizes for sounding frustrated speaking with you on the phone at this point. He just felt that he had tried very hard to make you a happy customer and he was being ridiculed for it. Again, it saddens us that you were frustrated and wish there had been a different outcome. We wish you the best in the future. Regards, O'Brien