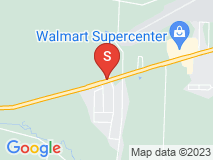 Clearwater Systems Meadville, PA installed our unit in January. It was installed incorrectly and they had to come out to reinstall it. They said the filters can only be purchased through them. I called three months ago to get a filter. Nothing happened. I called a month later and they sent the wrong filter. When I called about that they sent the right filter a month later but are still trying to charge me for the wrong one. I asked them to either send someone to pick it up or send a package slip to send it back since it was their error but have received no reply. Nothing has been done right. The customer service is terrible. The lack of knowledge clearly shows. There is no professionalism or ethical procedures practiced with their company. The worst part is that we are stuck with them if they are the only company that provides these filters. So, I will use Clearwater Systems Meadville, PA only because I am stuck dealing with them. Other than that I do not recommend them.

Hi Lena, we would like to sincerely apologize for your recent experience, and we'd like to make things right. If you wouldn't mind giving us a call at 1-888-928-3710 and ask for our Senior Technical Advisor at your earliest convenience, it would be greatly appreciated. Thank you for bringing this to our attention. We will be sure to address this with our staff, as we are always striving for excellent customer service.